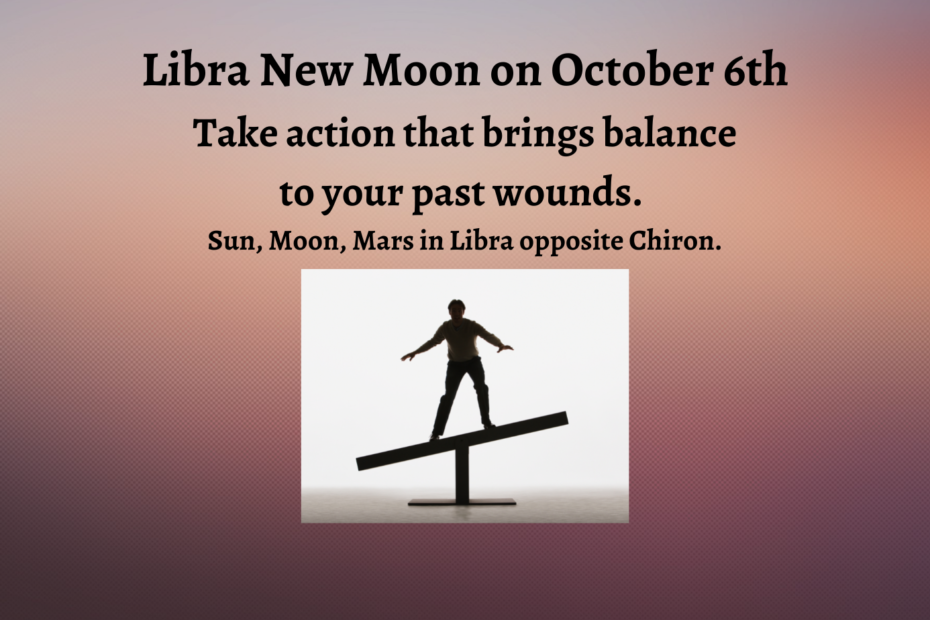 October’s New Moon turns up the volume on the theme songs of our past. What you avoided in September could make this New Moon even rougher as Mercury joins 6 other retrograde planets. Click this link to learn more about the 7 Retrograde Planets.

But what about the rest of the planets? Won’t they mitigate that mess? Nope. EVERY other planet is retrograde. Mercury Retrograde usually is felt the most because of its shorter time span.  Well, Mercury is only 7 degrees off the New Moon Stellium which some is close enough to Mars to make a mess.

Chiron Retrograde is opposite the New Moon begging to have its wounds placed first even as Mars is aggressively demanding that we MUST take turns.