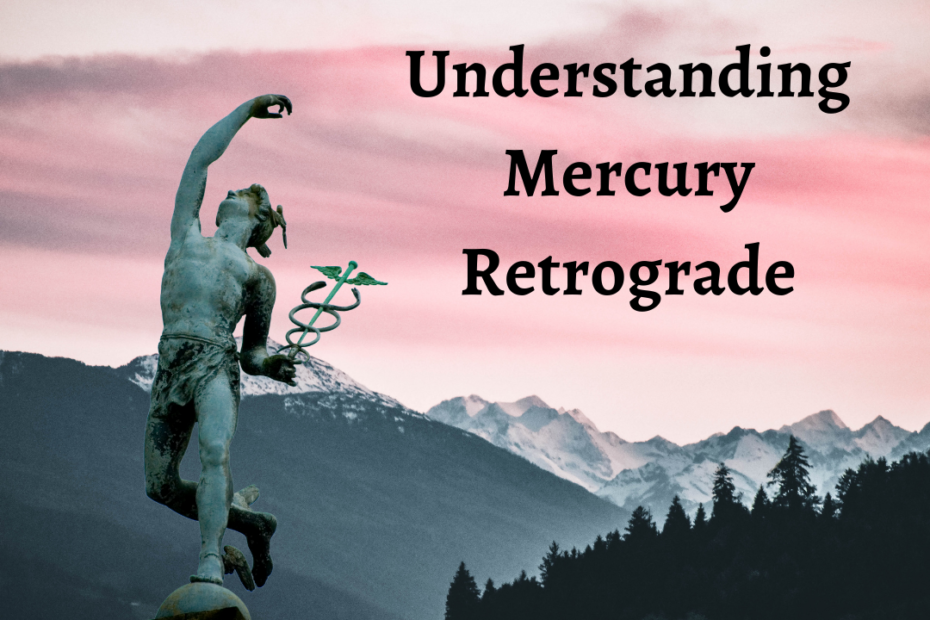 Because Mercury moves the quickest of all the planets, three or four times a year it appears to go backward. Remember the story of the Tortoise and the Hare? The Tortoise moves slow and steady while the Hare moves quickly but with lots of stops. The Earth is the Tortoise taking 365 days to go around the Sun. Mercury, the Hare, takes only 88 days. When Mercury speeds past the Earth and rounds a turn of the orbit, it appears to be going backwards. Thus Mercury, the Hare, speeds past us on Tortoise Earth and then takes a break.

Just before and after a rest, Mercury, the Hare, slows down. Usually Mercury takes around 3 weeks to move the 30 degrees of each astrology sign, however it slows down before appearing to stop and switch directions. Just before and after a retrograde, Mercury travels at half speed. So it takes usually speedy Mercury around 3 weeks to travel only 15 degrees instead of 30.

During a retrograde, Mercury travels the same 15 degrees three times. We call those 15 degrees the Shadow Zone. The first pass through the Shadow Zone happens during the 3 week slowdown before Mercury stops. Astrologers call it Stationing when a planet appears to stop. The second pass happens when Mercury is retrograde, spending 3 weeks or so retracing its path. The third pass comes after Mercury stops again and starts moving forward. While moving forward slowly, Mercury travels those same 15 degrees for a third and final time before regaining its speed.

Much of what happens in the first pass through the Shadow Zone is challenged or requires repair during the retrograde aka the second pass. Dealing with the problem again during the third pass, isn’t fun but three IS a charm. Addressing the issue on the third pass through the Shadow Zone, allows a final fix if we focus on it. For those 9 weeks, work isn’t finished quickly or efficiently, however, what survives the repeated reviews created by Mercury Rx is sure to be solid.

For anyone whose birth chart shows a planet in those 15 degrees, the Mercury Rx will have a very strong effect. For everyone, those nearly 9 weeks can be a chaotic time. While messes are inevitable, we can clean them up and be better than before.