The Hierophant energy in Taurus 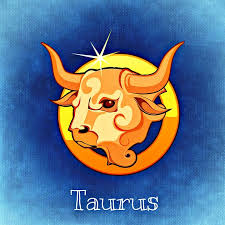 Tarot and astrology overlap in that we can pair up each of the cards of the Major Arcana with an astrology sign or planet. We can use these associations to better understand both the cards and the energy of the different signs.

The characteristics of the Hierophant and Taurus wonderfully align. They are both grounded signs that value tradition and a strong home base. Although both can be stubborn to adapt to changes, their ability to honor the past and perpetuate the practices that they value shines through.

The Hierophant is a benevolent dictator, stable, authoritative and powerful. He holds absolute authority in the hearts and minds of his community. His realm is vast thus requiring the universal standards and laws that breed bureaucracy. He cares for his many followers and gives them the structure and hope that allows people to feel safe as well as confident in the future.

Taurus is represented by the Bull which is one of the four “living creatures” or Holy Guardian creatures that represent the 4 corners of the year, the 4 elements and the 4 fixed signs of the zodiac. You’ll find these 4 figures on the Wheel and World cards. These are the mystical animals that are described in Ezekiel 1:10 and Revelations 4:7 and are considered part of the Wheel of Ezekiel. The first of them in the astrological year is Taurus, the fixed earth sign, represented by the Bull, which anchors the element of earth. These fixed signs anchor reality, providing stability when all else changes.

Taurus rules from April 20th to May 20th, encompassing May Day or Beltane. May Day or Beltane is celebrated on May 1st and is the halfway point between the Spring Equinox, which starts the year, and the Summer Solstice, which is the longest day of the year.

When you find yourself as the Hierophant and blessed with Taurus energy, you help maintain the status quo. You offer the gift of stability and generosity as you welcome others into your beautiful home.  This is not a time to be impatient. Instead, respect the traditional way of doing things and enjoy the comfort of belonging.