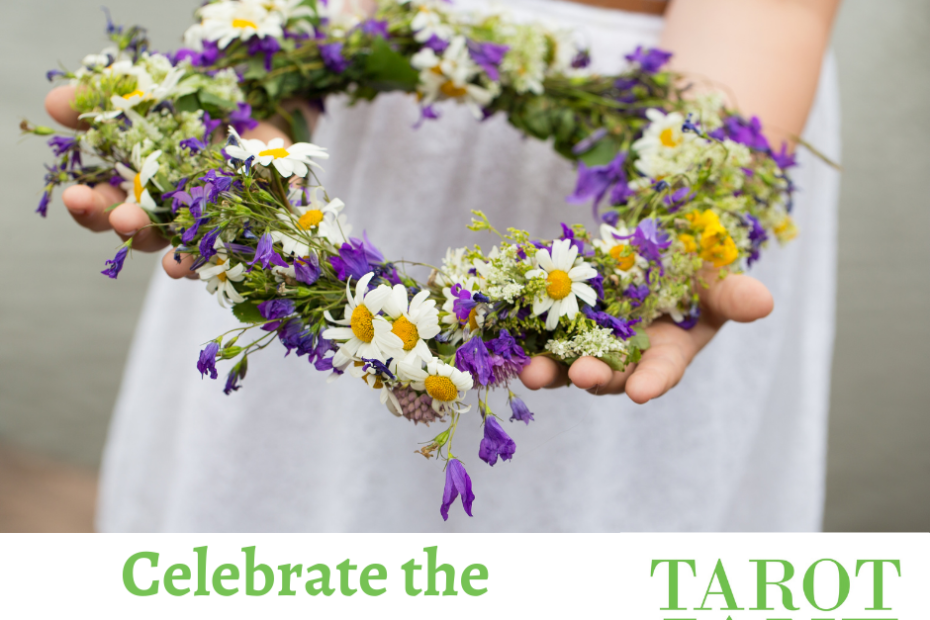 While the Summer Solstice in the Northern Hemisphere begins at dawn on the longest day of the year, celebrations often start the night before with bonfires and feasts. The anticipation builds through the last hours of dark as people gather to greet the sun. Juno, the Goddess of Marriage who lent her name to June, is honored this month, and those who marry now are said to have her special blessings.

Celebrating this day has taken a variety of forms over the years. In the 4th century, early Christian communities chose to celebrate the birth of John the Baptist on June 24th because Christ was said to be born 6 months after his cousin. Acknowledging the fact that the days grow shorter after the Summer Solstice and longer after the Winter Solstice, they often quoted John 3:30 “He must increase, but I must decrease.” Using many of the older traditions, St John’s Eve still saw bonfires and feasting throughout Europe into the 20th Century.

My Babcia (Grandmother) told me stories of the celebrations her family continued to honor after coming to America from Poland. While they didn’t have many bonfires, they still gathered with family and feasted. As was traditional in many Catholic countries, her family celebrated “Name Days” rather than birthdays, so often she was given a place of honor, along with others named John or Jane. St John’s Day being a mid-summer celebration may have added to the popularity of the names Jane and John.

I chose to marry outdoors on the longest day of the year to have the longest day possible and then continue with a bonfire to light the outdoor celebrations. Surprisingly, we had the coldest June day in 100 years with guests gathered around the bonfire for warmth. Some traditions say that any vows made on this day last the longest.

Whether you are celebrating a wedding, St John’s Day, or the Summer Solstice, may an abundance of blessings surround you on the longest day of the year.
Longest Day of the Year:
Sunday, June 20, 2021
Sunrise 5:55 am EDT
Sunset 9:12 pm EDT