Days of the Week and Planets 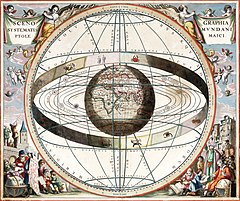 Each day of the week gets its name from a planet (or what the Greeks thought were planets) and many believe that work related to each planet happens best on their day.

The Greeks began naming the planets at a time when they thought the Sun revolved around the Earth.  The Sun’s day and Moon’s Day (Sunday and Monday) have changed very little from the Middle English Sun(nen)day and Mon(en)day. Use Sunday for gathering your energy and Monday for honoring your emotions and subconscious urges. You might not be able to act on that subconscious urge to run to the beach. You can at least honor that desire by imagining you’re at the beach, listening to reggie music or researching plane flights. Since Monday and the Moon also rule our wombs, this is a great day to remember your ancestors.

Saturn’s day only lost one letter as it became Saturday. Time flies on Saturday because we’re having fun and because the day is ruled by Saturn in his guise of Father Time. Use this day to clear out clutter and get rid of things you no longer need. Make the hours count and build memories that will last a lifetime.

Tuesday thru Friday had their names changed in English to Norse Gods that roughly corresponded to the Greco-Roman gods the 4 planets are still named after.  Tuesday, dies Martis or day of Mars in Latin, changed to honor the Norse god of war, Tyr. This is a great day to be aggressive. Argue your case and flex your muscles both literally at the gym and figuratively in your job.

Wednesday, originally named after Mercury, underwent the biggest shift from the trickster / messenger god to Woden’s day which loosely translates to “leader of the violent insanity,” not the flattering picture I have of Odin. Both Odin and Mercury are wise and knowledgable. This is a great day to learn a new language or study a new technique.

Thor as the thunder god easily corresponds to the Greek’s Zeus and the Roman’s Jupiter and gave us Thursday. This is the luckiest of days and is perfect for things you want to make bigger. (Not the best day to start a diet!)

Finally, the day originally named  for Venus changed to Friday to honor Freya, the Norse goddess of love and beauty. Friday is definitely the day for love magic, looking good and dating.